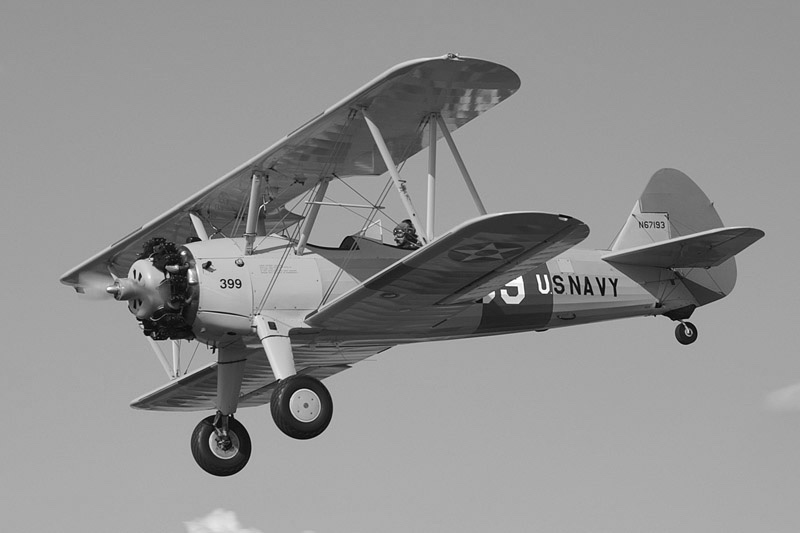 Mills, James P was on training flight at Reykjavík. At takeoff the aircraft ground looped and was badly damaged. Mills James P survived and the aircraft was written off.
When the USAAF 33rd Fighter Squadron arrived in Iceland on August 6, 1941 they brought with them three Boeing Stearman PT-17 trainers. The Stearman aircraft were used to complete the initial training of some of the squadron pilots and other training as required.

After the war one of the aircraft S/N 41-7997 (MSN 75-1556 ) was transferred to Icelandic registration (Registration Nr. 27). This aircraft (ID letters TF-KAU) is still (22. Nov 2015) on the Icelandic Registry.
The faith of the other Stairman aircraft in Iceland is not known.